You are here: Home / Archives for IBJJF 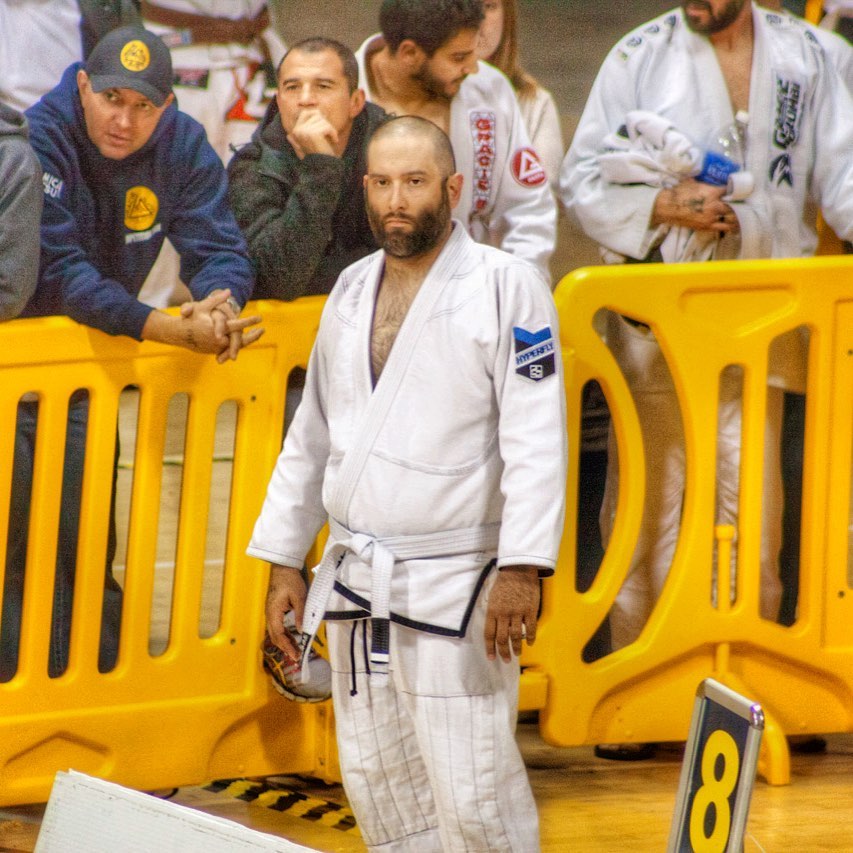 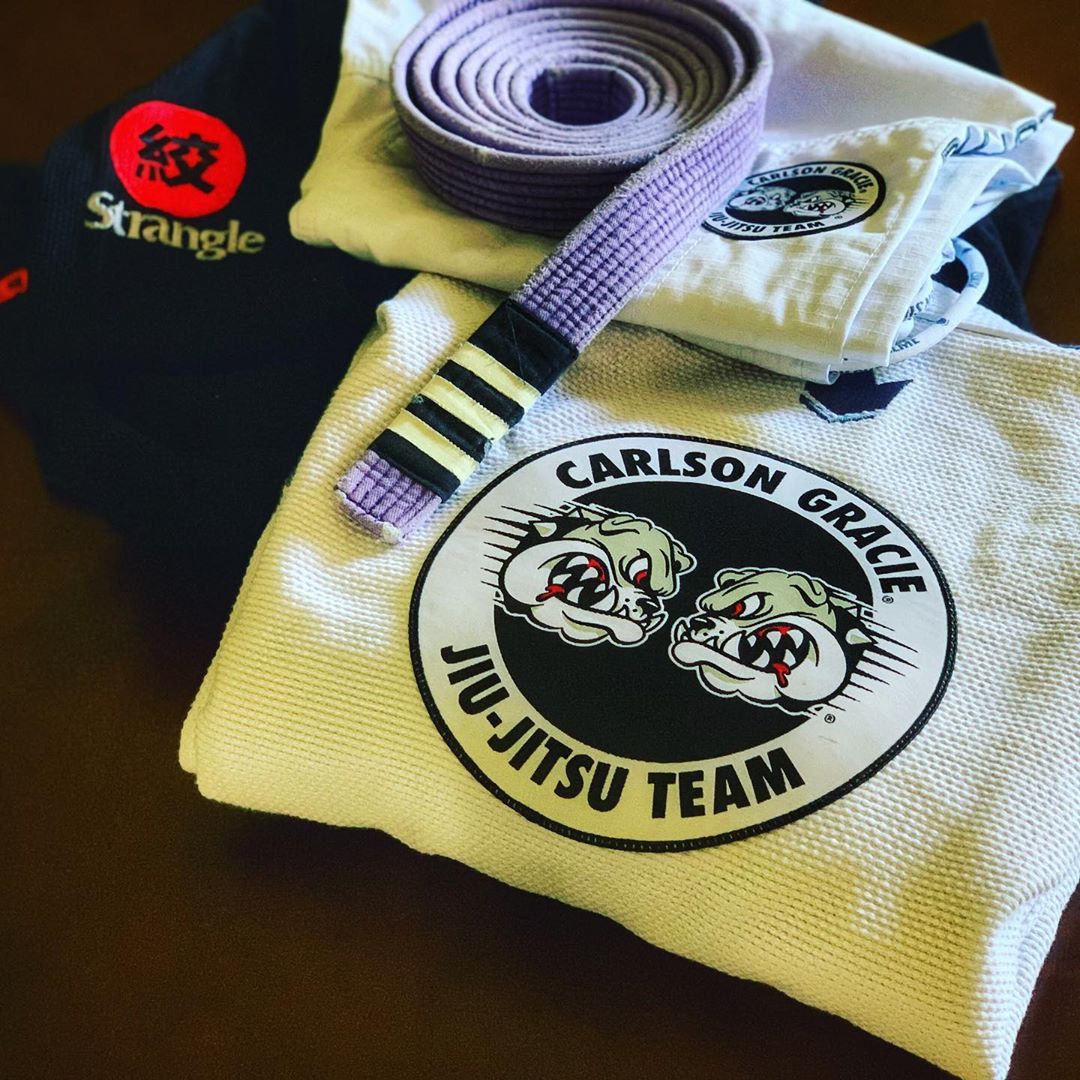 I will be competing at the IBJJF Las Vegas Open in May along with many others. This is an open call to all Carlson Gracie Team members to join the effort.

Carlson Gracie Temecula owner and coach, Thomas Cronin put this letter out on Facebook this week and I couldn’t help but get motivated and excited about representing Carlson Gracie Team!

It’s with great enthusiasm that we’ve been enjoying repeated success for the team recently. Look around see that we’ve had White Belts winning Blue Belt tournaments, Blue Belts beating Black Belts in ADCC, Women coming out in force & winning, 1st timers defeating their anxiety & putting it on the line, Old timers getting back in the fight. The instructors & students are cross training at each other’s academies & the higher ups are working together to help support the team overall.

Some of you may not realize exactly what it means to wear those bulldogs so let me impart a bit of historical perspective. The Carlson Gracie Team was comprised of rebels. A team formed against the grain in so many ways that it almost seems like a fairy tale. In master Carlson Sr. you had THE Gracie family champion with an ingenious & brutally effective style of fighting that was not based on defending himself from a random untrained nobody, but a guy that wanted to fight & finish the best fighters. He fought against adults when he was under age, anytime. Anywhere. But most importantly he believed in teaching.

Master Carlson broke tradition by teaching people, no matter who they were, even if they didn’t have money. He wanted the best for his students & he was so honest it would offend people. To him, talk was cheap. The truth would always come out on the mat or in the ring. The students that followed him became the first powerhouse team of their time. They dominated in a way that will probably never be seen again, they won everything & there was no question that the Carlson Gracie Team was the undisputed force in the world of Jiu-Jitsu & Vale Tudo fighting. This is a team that flew in the face of tradition & reigned supreme for many years.

Even though the mainstream doesn’t talk about it, you can trace most of the title holders in every major organization back to the Carlson Gracie lineage in some way. But every time you step in the cage or put on a GI & you wear those bulldogs in a competition, people are betting against you. They overlook you & expect you to lose because they haven’t heard of you or your team. All they see is the latest trend of upside down butt scooting techniques on YouTube & when you beat them & you shock them you are honoring the tradition of our Master Carlson Gracie Jr. & his father because you too are also flying in the face of tradition.

Here we are in this day & age, training in a non-commercial manner, without attendance cards or online belt certifications, climbing the mountain & fighting the giants of popular mainstream Jiu-Jitsu. Those Bulldogs you are wearing may seem like underdogs but the blood of champions & unrivaled legacy flow through them & you are a part of that legacy. I know that in our Temecula academy alone we honor a sense of tradition but we don’t follow the modern “business” model formula that most schools do. We don’t tell students what to wear, we pay attention to their skillset & deficiencies & we bug them if they aren’t training a lot. We are in the business of changing lives & kicking butt. It’s so inspiring seeing our students rising up, & we are seeing the same for the Carlson Gracie schools abroad.

Locally we’ve been cleaning up in Southern California & Just this past weekend Master Carlson was on the podium after winning the Chicago Open, a title he’s been chasing for years, simultaneously Master Ricardo Cavalcanti’s students won the 5 Grappling event in Las Vegas. The next organized team effort we are making is to go out to Las Vegas & win the IBJJF Las Vegas Open on May 3rd. I’ve been in touch with Master Carlson Jr. & the team leaders of the other academies. We are taking a monster team out there. Las Vegas is Cavalcanti territory & he has expressed that his doors are open to all team members & he wants to help in any way. If someone needs a place to crash, wants a ride to the event, or wants to get to there & train before the weekend, he & his students will accommodate.

If you’re going to do this with us, register here: www.ibjjf.org and do it right away. Get your ibjjf memberships renewed or created. Don’t wait until the last minute because we may need to move people in different divisions, and everyone needs to register as CARLSON GRACIE TEAM. That’s it, no “Mike Smith BJJ – Carlson Gracie” If you do that, you won’t be contributing to the team points and will probably be fighting against a teammate. Let’s go there, organized, prepared and send that trophy to Master Carlson. Don’t worry, each academy we bring will also get a trophy.

If that doesn’t motivate you, nothing will. Who’s in?

Here is a cool set of pictures taken by my buddy Jonathan Dingman. This was at the IBJJF Long Beach Fall Open Championship, December 2013 (My first tournament).

I got my opponent in Lasso Guard, inverted, went for the Omoplata and missed it, but ended up sweeping for points. I ended up losing the match by a sneaky cross choke, and have since learned how to defend it 🙂

The entire match was ugly and technically flawed, but I stuck to my game plan of trying to invert from lasso.

It’s not all that uncommon for a BJJ white belt player to catch the fever. You know, that zombie like state that consumes at least every other thought until you get on the mat to train that day? I quickly caught it!

A couple of months into my BJJ journey, I was already really excited about where it could all end up. If you’ve ever practiced Jiu Jitsu for any length of time, you know how addictive it can become.

It was not long after this early yet jubilant revaluation that I set what I considered to be a lofty goal. Considering my inexperience on the mat at the time, I told myself and my team that I would compete in a real-deal Jiu Jitsu tournament before the end of the year.
END_OF_DOCUMENT_TOKEN_TO_BE_REPLACED 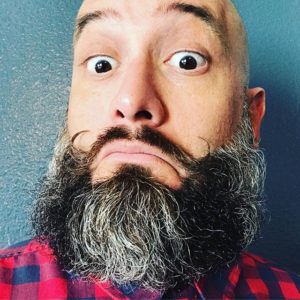